This ranking is based on the rating of IMDB.

We have covered the list of the 3 Best Movies on Netflix in August 2020.

Hamilton puts into scenario the life of an America’s foremost founding fathers Alexander Hamilton. He is the first Secretary of the Treasury, Alexander.

The story of 2 brothers who want to bring their father back for a day.

The king of staten Island

His dad died, and Scott got trouble. Scott spends all his times smoking weed. He was thinking about being a tattoo artist. New events make him realize and take his life seriously.

The ex of Cecilia commits suicide, he leaves his wealth to her. Cecilia thinks the death of her ex is a lie. Cecilia wants to demonstrate that she is being followed by someone nobody can see: the invisible man.

The call of the wild

A sled dog wants to survive in the wild regions of the Yukon. 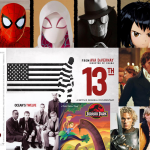 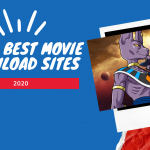