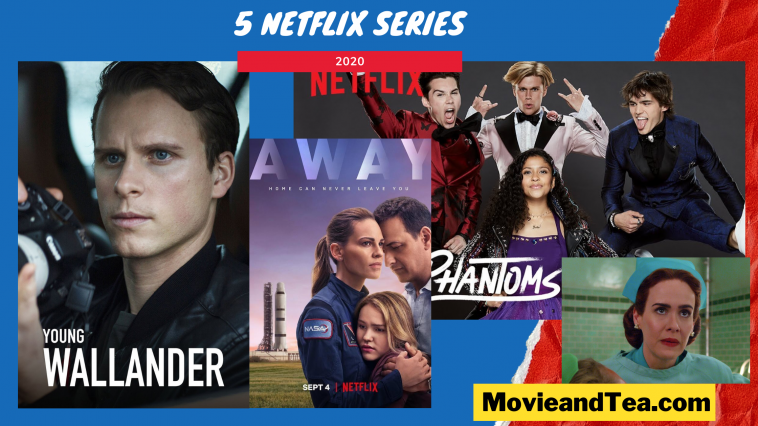 A short overview of what Netflix has in store for the back-to-school series.

Find out the case that created the cop. Fresh out of the police academy, Kurt Wallander witnesses a brutal crime. Under the leadership of Commissioner Hemberg, he will lead the investigation.

Fans of Henning Mankell’s novels know the character of Kurt Wallander, a police inspector who devotes his life to tracking down criminals. Adaptations have already appeared on television, including the British production of Inspector Wallander’s investigations, starring Kenneth Branagh, broadcast on the BBC. Netflix is interested in the youth of the hero in this Swedish series that promises to be of a very good caliber. This time it is the young Adam Pålsson who lends his features to the hero.

Find the Young Wallander on Netflix.

AWAY – 4th of SEPTEMBER

Emma Logan, an American astronaut, must leave her husband and daughter in order to leave for the first expedition to the planet Mars.
This new Netflix series is one of the highlights of the back-to-school season. In large part for her headliner, Hilary Swank, who is seen more in the cinema than on television.

If on paper, Away reminiscent of the recent Proxima with Eva Green, the first images announce a sublime series, both in terms of emotion and images. And notable: It is created by Jason Katims, also behind Friday Night Lights and Parenthood. With Away expect a slow, contemplative series that tells us about family, love and sacrifice. And that, we buy.

Watch Away on Netflix.

JULIE AND THE PHANTOMS – 10th SEPTEMBER

Julie,a college student, she abandoned her passion for music following the death of her mother. But the sudden appearance of the ghosts of a 90s rock band in her mother’s music studio Awakens The Flame of Julie, who then starts writing and singing songs again.

As their friendship grows, the boys manage to convince her to create a group together : Julie and The Ghosts.

Teenagers will also have the right to their back-to-school series. And it must be said that Julie and the Phantoms has all the arguments to please.

It was created by Kenny Ortega, the director of High School Musical and The Descendants, two successful Disney franchises. With this new production, the ingredients are the same: a loose heroine who reveals herself through singing, musical performances (rather successful), love stories

Just as High School Musical revealed Vanessa Hudgens, will the young Madison Reyes enjoy the same success thanks to Netflix ?

How did Nurse Ratched become a monster over the years ? This series aims to tell it, a murder to the faith.

Less than 6 months after Hollywood, Ryan Murphy returns with his new production for Netflix. The producer immerses us in the scary universe of flying over a cuckoo’s nest by telling us the origin story of nurse Mildred Ratched.

Exit Louise Flesher is Sarah Paulson, one of Murphy’s muses who lends her features to the heroine. If the series takes some liberties with the 1975 film, the mood seems to be similar, as evidenced by the trailer.

Kingdom of France, 1787. Investigating a series of mysterious murders, Joseph Guillotin – the future inventor of the guillotine-discovers the existence of a new virus : blue blood.

The disease spreads within the aristocracy and pushes the nobility to attack the people. This is the beginning of a revolt.

What if we had been lied to for more than two centuries ?

Here is the true story of the French Revolution…

Netflix will release a new French production at the start of the school year. After exploring politics, horror or SF, the next series will be historic.

With a fantastic twist. Written by Aurélien Molas( an island), the Revolution lands on our screens next October(the precise date has not been revealed). O

n the casting side, there will be Amir El Kacem, Marilou Aussilloux, Lionel Erdogan and Isabel Gonzalez. Only a teaser has been unveiled and it makes our mouths water.

Find the trailer of the serie the revolution on Youtube.

The revolution (Netflix): Season 2, influences, Genesis, the creator reveals the secrets of the series

The event series “The Revolution” has been available on Netflix since October 16. We discussed Season 2, influences, and Genesis with its creator and showrunner, Aurélien Molas.

The revolution: this fall’s surprising series

Available since October 16, 2020, the Netflix series La Révolution is a French creation. As its name suggests, it is set at the dawn of this great historical event, and treats it through a fantastic prism, tinged with horror.

Kingdom of France, 1787. Investigating a series of mysterious murders, Joseph Guillotin – the future inventor of the guillotine-discovers the existence of a new virus : blue blood. The disease spreads within the aristocracy and pushes the nobility to attack the people. This is the beginning of a revolt … What if we had been lied to for more than two centuries ? Here is the true story of the French Revolution…

The Revolution: the creator of the series answers us

Shortly before the series went live on Netflix, its creator and showrunner, Aurélien Molas, answered our questions.

Can you introduce us to the genesis of the project ?

It’s an idea that dates back to 2013. I had the desire to make a historical series. I’m an author who comes from the genre, so there was a real desire to mix the two. And it stayed in a corner of my head until I read a brief from a Netflix series project in South Korea that was called Kingdom. At the time there was only the pitch. And then I thought : why not take this old concept, and transpose it to French history ?
We offered it to Netflix in 2018, with little hope because we were a young production box, and finally they accepted the project and everything then went very quickly.

Netflix’s working methodology is different from the over-the-air broadcasters I already know . There is a real confidence that has been created, and they have let us take risks. They accompanied us but they did not supervise us. It was new for me who is more used to being cocooned, and especially it goes very fast, the exchanges are permanent, which creates a real emulation.

How did you work with the directors ?

We had four different directors. I made the prologue, and the beginning of Episode 2 as well as several sequences. I put down the art direction. The directors came with a specification, in which his inspirations could fit, but I had a duty to manage the overall consistency of the series. It’s a daily job. Inside that there was infinite freedom and also a lot of collective creativity. I wanted everyone to keep their freedom. It was joyfully creative. That’s how I like to work.

I believe that in the collective unconscious, the film of Christophe Gans has a very special place. It was an attempt that has almost never been replicated in French fiction. At first I walked away from it, almost like a rejection, telling myself that I had to create my own way but in fact, in all the cinephile memories that I summoned during the development of “the Revolution”, I realized little by little that the film of Christoph Gans was there. Even in art direction. Today I realize the importance that this film has had, when I had not seen it again since its release.

Did you imagine the series in several seasons ?

Here is finally the list of our 5 Netflix series for the beginning of 2020. 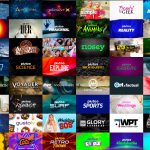